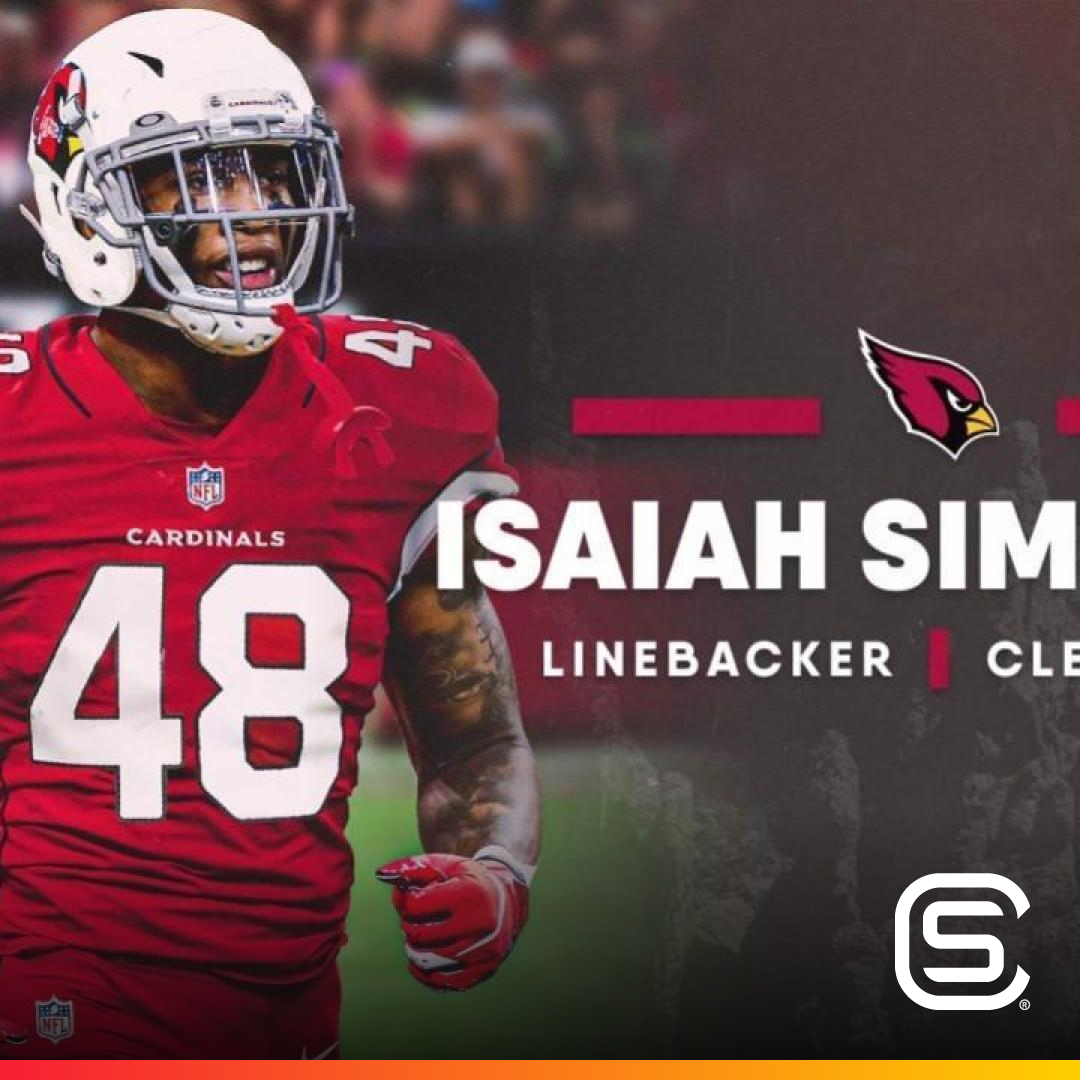 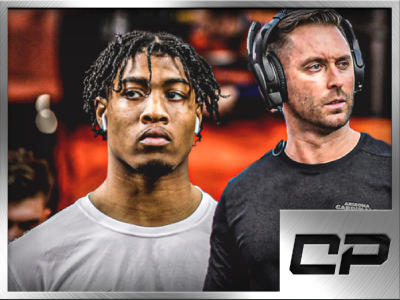 The Arizona Cardinals gained one of college football’s most exciting players when they drafted Clemson linebacker Isaiah Simmons with the eighth overall pick. Scouts have drooled over Simmons due to his unreal athleticism and impressive versatility on the field and as a result, Simmons enters his rookie year with fairly high expectations. Simmons is expected […]

Hello and welcome back to another episode of the Cannon kinship.
Right now, I'm quickly in a report on Al Cliff Kingsbury.
Well, who's Isaiah Simmons? So Isaiah Simmons, he's gonna be dynamic.
Um, um, he's going to be one of the best players on on the field as soon as he steps on the field for them.
And, uh, he's just going to be great for them and a team that needs the defense superstar finally got warning. Isaiah Simmons.
So they he's going to was going to try to use him as a linebacker.
He said at first he wants to you, you want? He's going to be Day one contributor.
Um, he says, Are they? Uh, he said, uh, you said the sky's the limit.
If we can lock him in tow, one position for that position is likely going to be linebacker, which is a smart move that, uh, because they desperately need a star on the defense side of the ball and they could use a star linebacker like him and, you know, just a very talented guy.
He has tons arrange.
Um, I saw him as being a top five pick to the Giants we fell all the way down to eight.
Somehow, Panthers didn't take him for some reason and, you know, a couple other teams fast on in the Giants.
But this is a great pick for the Cardinals, who got the Cardinals to to someone two of the biggest steals in the entire arm in the entire draft.
And this was one of them.
This was a great pick and he's gonna come out.
He's going to help.
He's going to help them.
He's really gonna help them here.
And you know when? When you know when.
When? When it comes time for Isaiah Simmons to make a big play, you know he will be able to do that.
And I think he can make an immediate impact on a team that's ready to start competing and going to the playoffs.
So ah, he can really help them right away.
And is most likely, they said he's going to be used as a linebacker and they want to lock him into one position, kind of so that they can, so they can uh uh, see what you do fully around top, kind of just fully in, locked into one position.
They think, Think that that might be the greatest opportunity for him.
A guy who's, um what? Who's one of the most talented players in this draft? And, you know, looking back at the at the draft, there's there's a lot of good defensive players.
He has to be one of the best.
And, um, Cardinals were really getting a great player here.
He's going to be reading for them.
Day one.
Supposed to be a day one contributor Cliff Kingsbury says he expects for him to be, uh, contribute.
He expects no less than him a day, day, one contributor from him.
Ah, from a day one contributor with him and you know he's really gonna make a difference.
He's Yeah, he's good on the He's good for them.
He will be good for them.
He's, uh, a player.
They need up.
In a sense, they need a guy like him that can range, um, kind of be the leader of the game and in him, they really got that and I look forward to seeing Compass team can do.
What this team can do is really they could be a playoff team.
Honestly, to be honest, this team right now they're not very far from playoff, I think their playoff team, maybe a 6 17? Um, maybe even the five seed.
If they can achieve, I don't think they'll win the division.
Ah, but you know, the sky's the limit for this team and him.
So he's likely ornately linebacker.
They're gonna try lock him into one position so that he can get acclimated to that one position and just totally focused on that.
That that seems to be the reasoning of Cliff came furry head coach of the the young head coach, um, of the Cardinals.
So make sense, we'll see how that works.
Well, see if their plan waivers or shifts over time, but, uh, that's going to be their plan to start out the year.
So we're going to see that.
So we're gonna thank you.
Really? Thank you for joining the broadcast.
Um, don't a lot today, I and look forward to our stream tonight of we're likely going to get into some MLB's, uh, stuff.
Something we haven't got into all of this all too much.
So looking forward to that.
And so we're going to see you next time here on SportsCastr and So with that, thank you for tuning in this waas, the Karen Karen show Im Karyn go Clowney gonna sign off for you.
But before I go, I think this team is a playoff team.
Quickly. I'm just gonna put it out there.
I think that this team could very well be a playoff team.
You know, they just got to make sure they stick together.
Cotler Murray has to play well, hands.
I think that, um I think that Cliff Kingsbury has a chance that coach of the year and stuff like that.
But, you know, let's see.
So Isaiah Simmons Sky's the limit for him.
We're gonna see what he does here in Arizona.
But for now, this is Karen.
Go Clowney signing off the Karen can shell.
Sure.
You tune in to our broadcast later today.
Um, I'm first more for some more, uh, sports talk and stuff like that.
But we thank you for tuning in and coming onto the show and we will see you next time.
For now, it's getting cloudy saying so long
hideShow MoreupShow Less

8:09
54D ago
play_arrow
fav_emptyfav_filled
@Honeybun• FOLLOW • Talking about the NBA

22:58
54D ago
play_arrow
fav_emptyfav_filled
@Honeybun• FOLLOW • Talking about the NBA

3:01
63D ago
play_arrow
fav_emptyfav_filled
@Honeybun• FOLLOW • Talking about the NBA

2:18
69D ago
play_arrow
fav_emptyfav_filled
@Honeybun• FOLLOW • Talking about the NBA 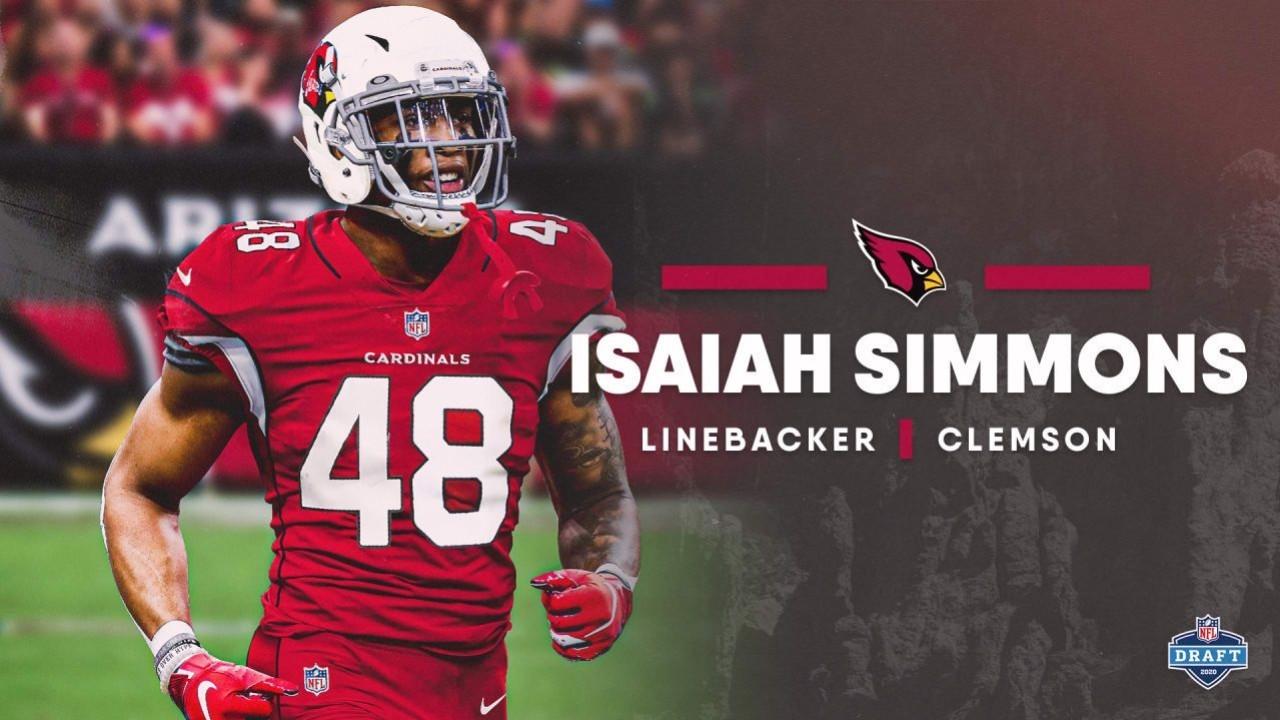