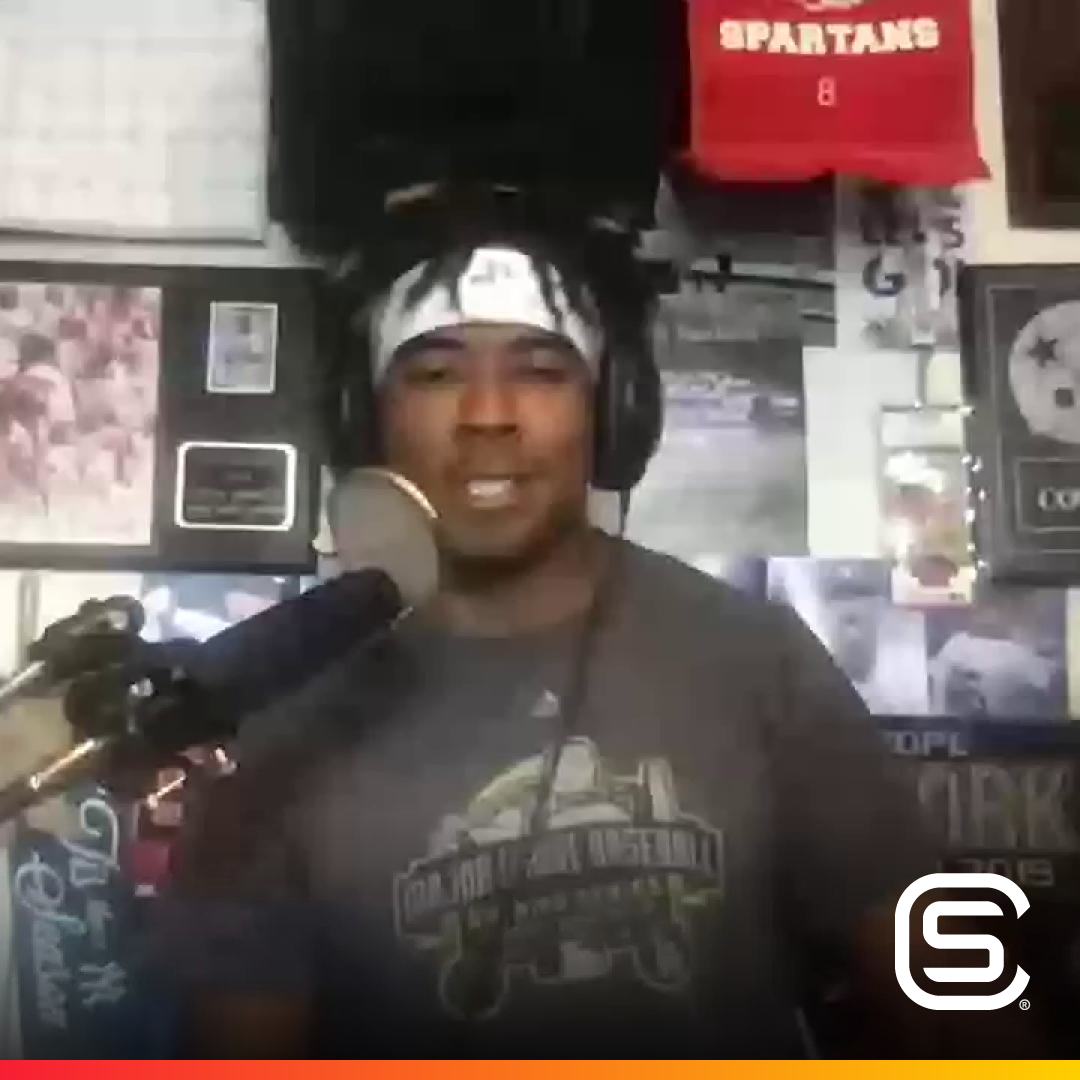 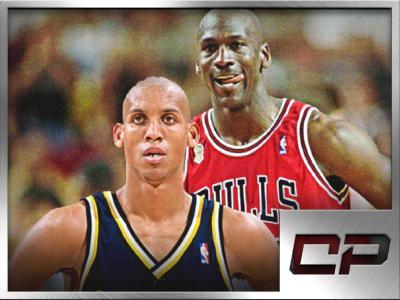 Reggie Miller convinced himself he was ‘going to retire Michael Jordan’

Reggie Miller convinced himself he was ‘going to retire Michael Jordan’

Indiana Pacers legend Reggie Miller finally made his much-anticipated appearance in “The Last Dance” on Sunday, and he did not disappoint. One of the best quotes coming out of the latest episodes of “The Last Dance” came from Miller, who quipped that he once convinced himself that it was his ultimate destiny to retire Michael […]

Well, all right.
We're live cool in there.
In there s keep McPherson coming to you on SportsCastr to talk about what else? It's Monday.
Last dance.
Last dance was last night.
We're getting towards the end.
We saw episode seven and eight last night.
We're getting ready for next week.
9 10 Gonna close this thing out.
It's been great.
Um, nothing but positive energy.
Rave reviews, great storytelling.
I feel like there's a whole generation of people that have learned a lot more about MJ.
Learn more about that nineties era basketball, and it's great.
I think it was perfect timing for all of this to come together.
I've enjoyed it every Sunday.
Even last night, it was Mother's Day.
I had to go see my mom.
Hey, Mom, how's it going? And I made sure that we drove back home so that we could be home by nine.
I think I made it like nine old to in the door to sit down the watch.
The last dance.
Now, this article right here we're talking about is the boy Reggie Miller.
Now you guys know Reggie Indiana Reggie Pacers.
Reggie Sister can hope to man Reggie, you made a mistake, bro.
The article is titled and shot Our Guy, Pollo Sankoh, who wrote this article.
The article is titled.
Reggie Miller convinced himself he was going to retire.
Michael Jordan.
Yeah, I don't know about that.
Let's let's give Reggie his flowers.
Oh, before ah ah, completely dog.
And now Reggie's to go Pacer.
Some argue the greatest pacer of all time, his jerseys up in the rafters.
There's an ESPN doc on ESPN, 30 for 30.
Call winning time, and they show you, um, Reggie and the Knicks rivalry and how Reggie's mind set was He was a dog like Jordan was, and the guy could score it.
Reggie was the precision three point guy before Steph Curry before Ray Allen.
He's actually now second and three pointers made all time behind Ray Allen, but he was a guy everyone knew about Reggie shooting three.
He was assassin from behind the three point line.
He made a mistake here, though with Jordan and I don't know, bro, you don't come out and say anything about retiring Jordan.
The thing about Jordan is like we've learned through this doc, he's the ultimate competitors.
You don't poke the bear.
Whatever you do right, do not wake up the sleeping giant inside of M. J.
Michael Jordan.
And that's what a lot of these guys did wrong.
They're showing you throughout this show who he faced, and a lot of these guys felt confident, right? A lot of these guys felt confident face in Jordan, and you even heard from Charles Barkley.
When the sun's face them in the finals, he said he felt great that year. It was M v P.
That year, he felt confident going in to that Siri's.
But Jordan comes out on top.
Even Mark Jackson, who faced Jordan with the Knicks and with the Pacers, right? He said that he felt confident.
He is quoted in this article saying that, you know, they all felt like Jordan was going to retire and they felt like they were gonna, you know, kind of like give him some On the way out.
I'll read a quote from Reggie Miller, Reggie says.
We all look at the Bulls as the standard model of success.
They were considered the best at that time we felt and I feel to this day that we were the better team The whole thing is there were whispers going on that it might be Mike's last year.
So I think a perfect storm was brewing in my mind.
I was like, This is it you're going to retire Michael Jordan? No, it wasn't it.
Michael Jordan retires When he says he's gonna retire, he can retire twice.
Changes number.
Go play baseball comeback.
Three rings, take a break, come back and get another 33 rings.
And it says also in the article, right? Um, he was adamant that they were the favorite to advance to the N B A Finals.
Mark Jackson said the same Mark Jackson Knicks didn't get it done.
They thought they had M J a couple times.
But last night we did see, you know, MJ did stumble a little bit.
Horace Grant and the Magic were able to get from that year he spent playing baseball.
He was a little off but back to Reggie.
So Reggie is the go Pacers.
The Pacers had ah rivalry with Jordan or whatnot, but when they finally did reach the mountain top right when they finally did get to the finals who Reggie run into in 2000 Reggie runs into two other goats Kobe and Shaq and the Lakers, and he never wins His ring never gets that championship, but he's one of those guys that people will talk about who is the best player that never want a ring.
Who's one of the dogs in the league? I just you know, he ran into Jordan and he ran into Kobe and Shack is tough, you know? And that's how the MBA works.
A lot of these teams looked at the teams.
It is OK, this is the standard of excellence.
This is a team we gotta knock off.
This is what we gotta do the win and beat up.
And not everybody was able to climb to the moun*****op, so I saw I got on.
Ah, Reggie Miller, Don't poke the bear.
Don't Don't wake up the sleeping giant Reggie. Ah.
Thought that he had some that he didn't actually have.
All right, so that's all I got for you.
Keeping their fierce in.
Check it back in.
I'll see you guys soon.
Follow me here on SportsCastr.
Follow me on Twitter Instagram everywhere else talking sports all day long.
Thanks for watching out of here
hideShow MoreupShow Less

8:09
53D ago
play_arrow
fav_emptyfav_filled
@Honeybun• FOLLOW • Talking about the NBA

22:58
53D ago
play_arrow
fav_emptyfav_filled
@Honeybun• FOLLOW • Talking about the NBA

3:01
62D ago
play_arrow
fav_emptyfav_filled
@Honeybun• FOLLOW • Talking about the NBA

2:18
68D ago
play_arrow
fav_emptyfav_filled
@Honeybun• FOLLOW • Talking about the NBA 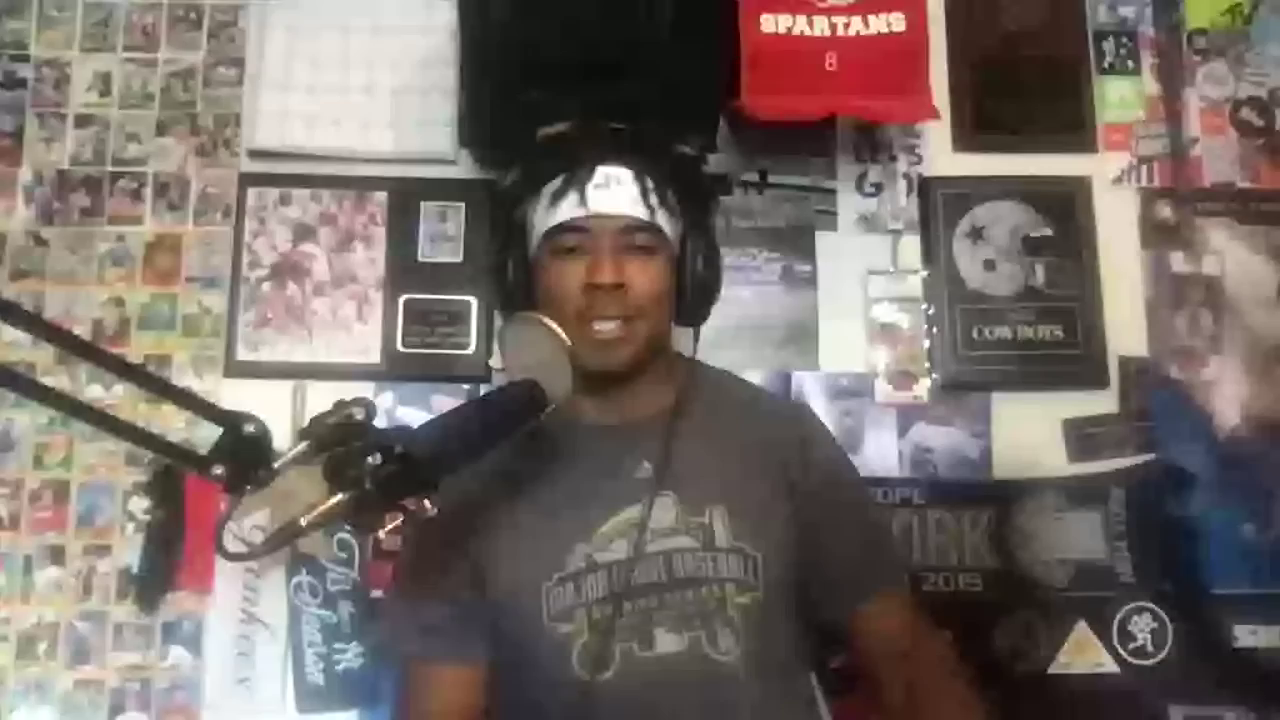