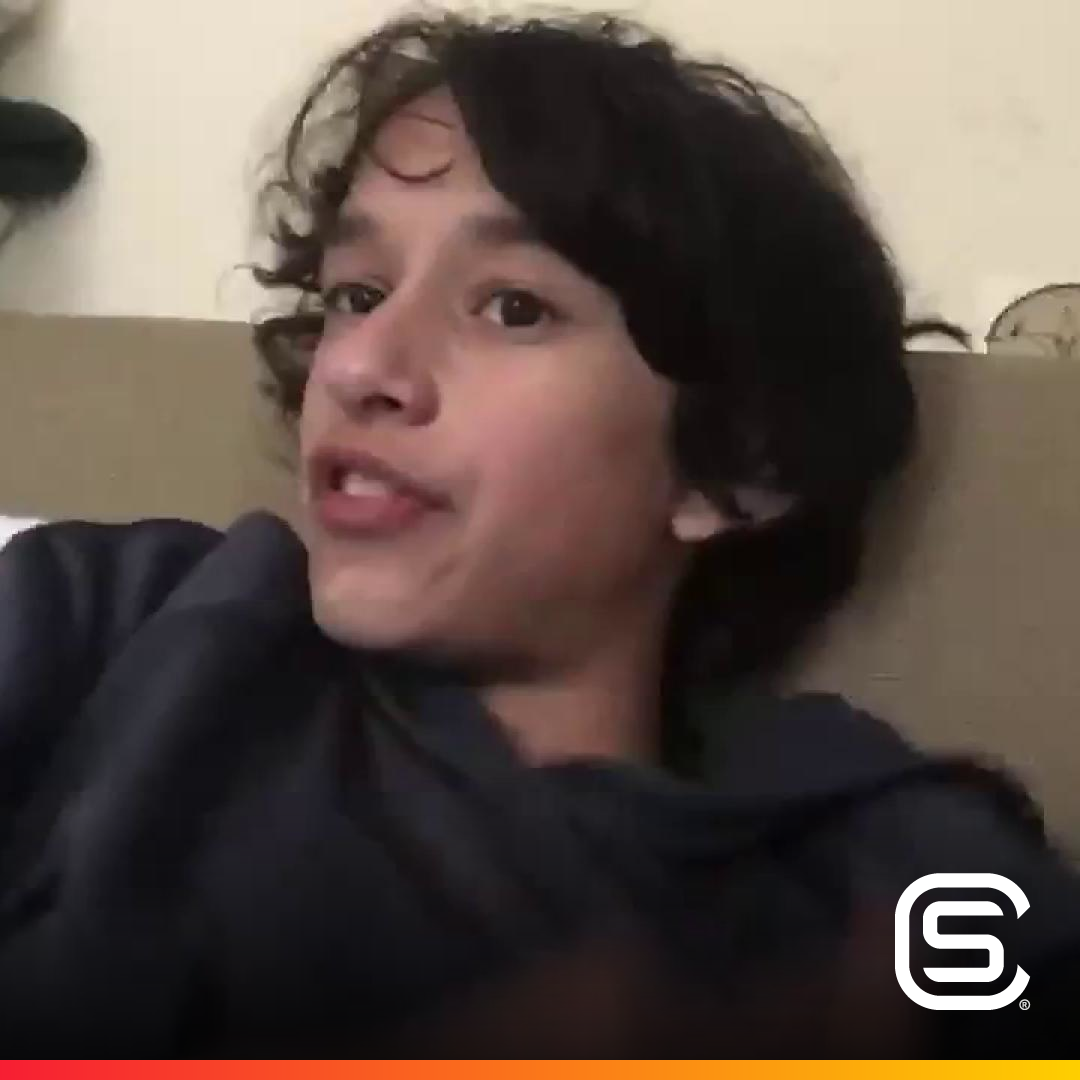 hello and welcome to the can again and show I'm Caringal Clowney.
Right now I am going to be screaming about the end of the n ba the NHL, uh, crown hiatus on the MLB Zen repost opponent.
Uh, two weeks and March Madness is going to be canceled because of the Corona virus.
The virus is going around spreads rapidly.
And, um ah, do you think it's the right decision made by these league managers and things like that? But it's also sad because no one wants March Madness is one of the most exciting things.
One of the most exciting things in sports.
Um, I'm gonna be really sad not to be able to watch March Madness S O S C C tournaments.
Ah, S E c A c c Big East all these kind of tournaments this year because of the Corona virus that this virus is really getting out of hand up now.
And no travel from Europe channels in trying to no shovel from anywhere with the court of ours and canceling all of the league's as it spreads as aspire sponges lap rabidly grab it, Lee.
Rapidly.
So, um, this has really been a big deal with Rudy.
Go bear getting it This it's really turned it into with three to go, better getting it.
It's really been, uh, it's Army.
It's really started sparking some awareness.
Donovan Mitchell got the current virus as well.
So the Jazz is two best players.
Mitchell and Go Bear both got current of ourself.
Go Bear was being a little bit on safe in.
I really wasn't treating the current virus as too big of a deal, but now it's a little bit like a calmer moment.
Even he said he's very sorry, and he hopes that people take his hit him off.
Not taking it, too, as seriously as he should have, uh, taking out as a lesson.
So I'm not sure what's next.
Um e Bob, I wonder.
I'm still wondering if the Champions League over in Europe and the Premier League, also over in Europe, will be canceled.
The MLS All those things could be canceled suit, and this is really not great.
Offer them for America because it's not great for our channel either, because there's not gonna be too much for broadcast about.
Our team are to make a lot of our main sports.
They're starting to go away.
We'll see if the XFL the XFL stays up, we can still broadcasts up with this virus is really hurt.
A lot of things, so well, we'll see.
We'll see what happens.
A lot of schools shutting down also stuff like that.
But this season and NHL season may still can resume it with March Madness and Emma.
That's not as big of a deal as I mean.
It could be if they suddenly end the season there if this commander's keeps getting out of hand.
But March Madness, that's gotta be the worst news.
Uh, I'm not gonna say it doesn't have to happen in this.
This was absolutely the right call.
And on the farm, the manager.
I make this call.
I make this call 100 times out of 105 AM the commissioner body around the commissioner.
You gotta make this call.
I'd make this call to shut down all of these leagues off for at least a little while every day of the week, 100 times out of 100 even though it really would pain me to do so.
And I think that's a good job by all these leaks shutting down? Because you know what? Your players getting infected.
You don't want your fans getting infected and stuff like that stuff.
Oh, yeah? So go Bear got it and passed it on to the Mitchell.
So really not not not so great news there.
That's been really what? Smart.
Also event this player over in sorr sorry, a over and liver in Italy, In Syria, they they've paused. Sorry.
Italy's on lockdowns.
It caused that.
And, uh, Danielle Danielle a Ruby Rhod.
Rouhani, the defenseman.
He tested positive for Corona virus.
So, um, hopefully none of those other guys get it.
None of those other guys over there get it.
Hopefully a couple of the exiting the Premier League.
Some other players being tested positive for correct testing, off work or on fire.
So hopefully there are too many other positive test.
But ah, this is gonna be a big blow.
Matt.
March man is being cancelled and will be being postponed. Two weeks.
Just brought back a little bit.
That's probably the least affecting effective non used.
That's not gonna matter.
So, so much in the scheme of things but an NFL at N B a NHL, that kind of stuff.
That stuff gonna matter a lot as well as March Madness.
That's probably the saddest of the plot three right now.
So the n b a.
The NHL there will resume play, but on March Madness, they're cancelling it and as well as all the other departments, like the S P C A, C c, Big East I, and other stuff like that.
So not so great news.
Hopefully, all of you guys stay safe.
And don't catch this this virus.
Not sure.
I don't think it's too deadly if you're in shape.
Um, Noto have any other serious health problems, so I don't think it's too too dangerous.
But stay safe and thank you for tuning in to the carrying here and stroke.
This was carried your Connie.
I will look well, look to see and we'll keep will be keep.
We'll update you as this hiatus and postponing and march man is being cancelled.
Goes on.
But thank you for tuning in.
This was a cure. Nick, You're Joe. I'm cured.
So corny.
Sending off
hideShow MoreupShow Less

5:38
115D ago
play_arrow
fav_emptyfav_filled
@Honeybun• FOLLOW • Talking about the NFL

8:09
181D ago
play_arrow
fav_emptyfav_filled
@Honeybun• FOLLOW • Talking about the NBA

22:58
181D ago
play_arrow
fav_emptyfav_filled
@Honeybun• FOLLOW • Talking about the NBA

3:01
190D ago
play_arrow
fav_emptyfav_filled
@Honeybun• FOLLOW • Talking about the NBA 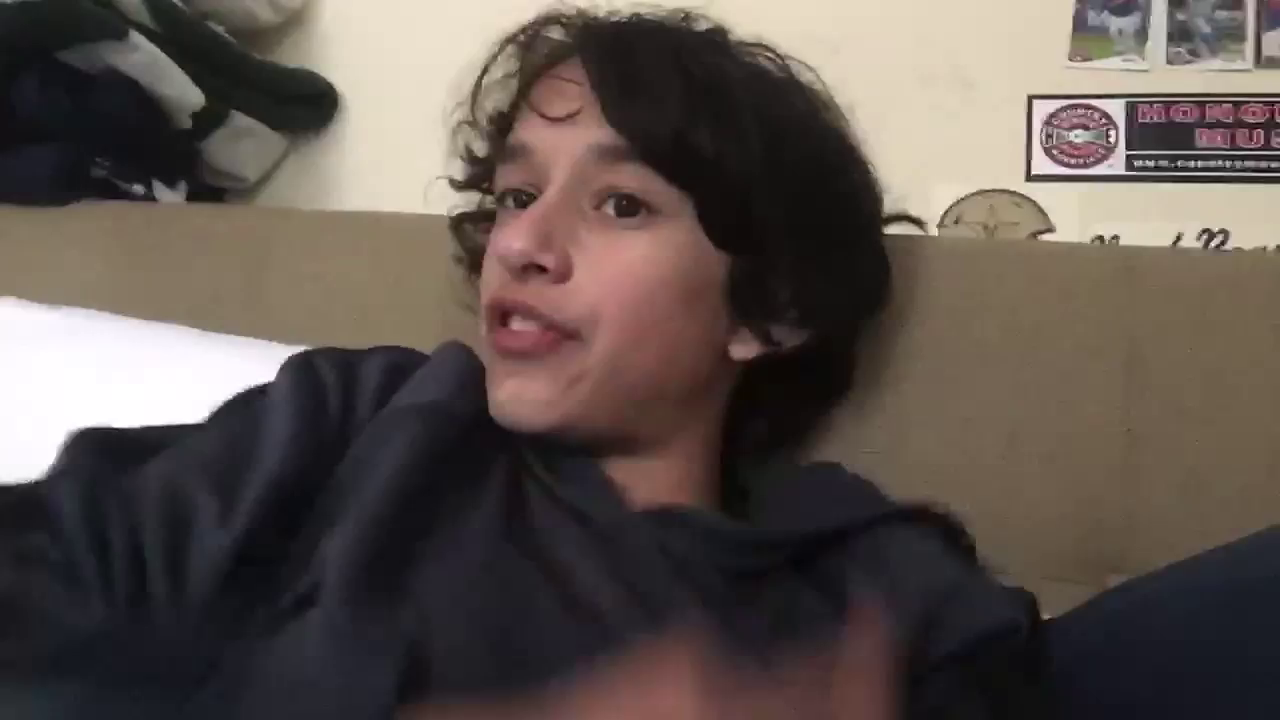