SportsCastr • How the Hawks could become a championship contender 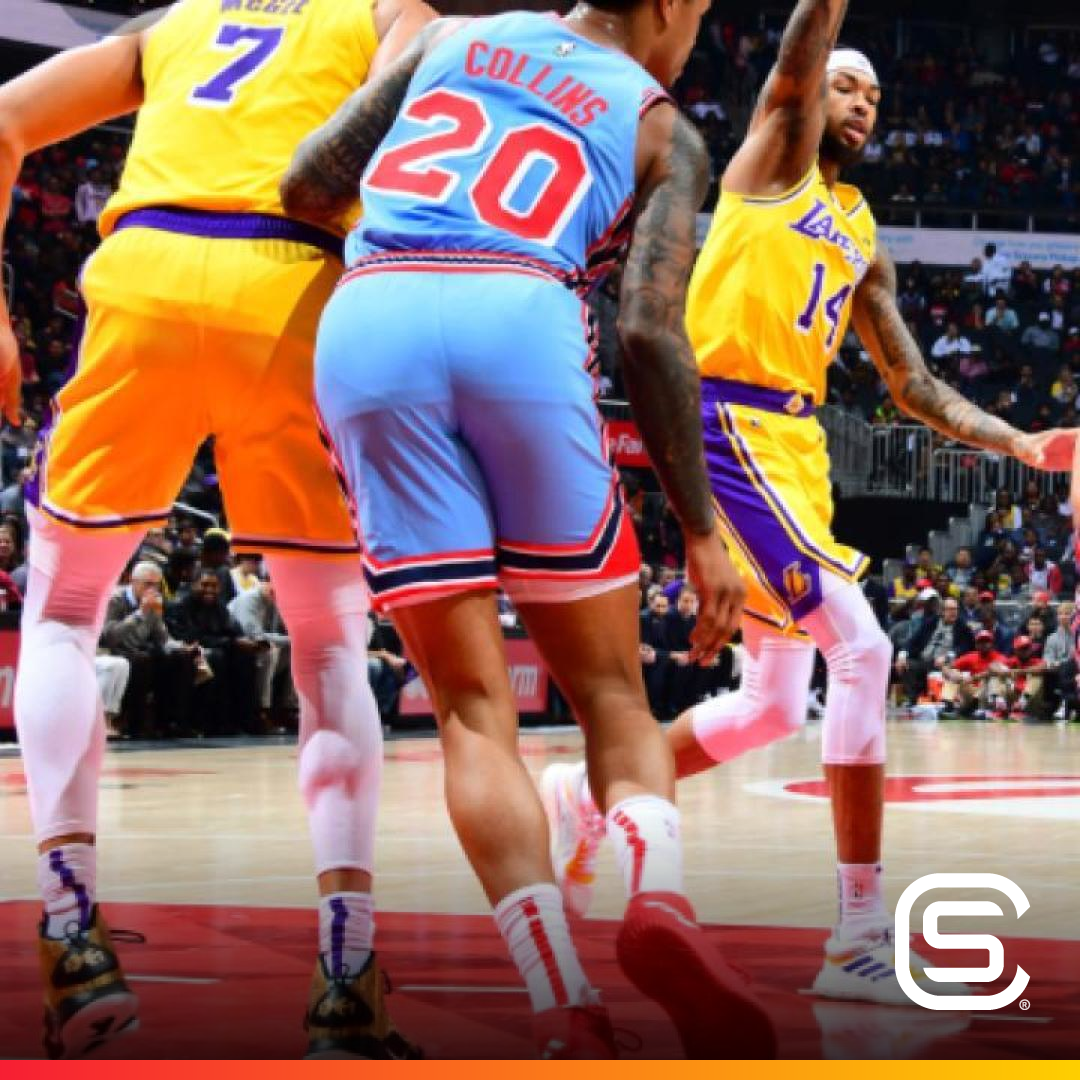 How the Hawks could become a championship contender

How the Hawks could become a championship contender

Hello, guys.
It's me, Karen, back with another video of the curating here and show.
But it's just me, Karen, Go Connie.
And right now I'm gonna be talking about how the Hawks could become a championship contender in the next couple of years.
So it seems very far fetched because of the idea that the Hawks right now there quote.
They're pretty much in dead last, almost in dead last in the East, and they're not a good team right now.
Trey Young is doing everything that has to do with anything related to playing basketball, and John Collins just came back.
He's blowing well now, and they did win last night.
But this team, you need help, but they're going to get it.
And it's not from offseason acquisitions as much.
It's of the one key, the 21 or two keys.
The Hawks becoming a championship contender are number one.
This may seem weird considering he's not having a great year, but he is still a rookie and he does have major upside Cameron Reddish Cameron Reddish could turn into the great player people build him.
Ask in college.
He they will.
It will be a good team.
And if that's just the only thing that goes right, it's still will probably be a good team.
And Kevin Murders has some serious upside.
He yeah, he has the ability to shoot the three consistently well, and next to Trey Young, that is dynamic Cameron Runners.
She could be a great player.
We've seen flashes of it this year, but he's just not there to being that type of player yet, and maybe you'll get there.
But if he does, that's going to be a serious piece to the Hawks becoming a contender.
Never mind a championship contender.
Number two is DeAndre Hunter.
He played some college bask.
He played a lot of college basketball, won a title, knows what winning feels like, and that is very important.
If you know what winning feels like.
DeAndre Hunter.
You can help the basketball team, even if you're not the best player in the world.
DeAndre Hunter has the ability of that.
He is a great basketball player.
Top five pick, great player.
He he could be.
He's probably going to be a great player, this leak, but you to be a great player and show everyone how to win because he's one in college is a very good job.
He won with Virginia.
He helped the wind.
He was one of the main reasons why they won that title.
And really, if you know howto win, you can help those around you learn.
And I've learned that through my my playing basketball and also I've learned that through stories and at the in the N B A and MLB, an NFL, every every sports, all sports you gotta have.
One guy knows howto win and will win is dedicated to winning.
And DeAndre Hunter, I think, could be that guy.
And we all know Trey Young is a great player.
Trey Young.
He's averaging almost 30 points.
If John Collins could be a great power forward for them.
If you can be the power forward of the future, they have a good starting lineup.
In the next three years, all these people start achieving their potential bit by bit.
They're going to have a great year with Maybe if it's Trey Young at point guard, either Hueter or cuter or reddish at shooting guard Hunter at small forward and Collins at power forward and capella at center, that is a really good line up and that can compete once they are all played a couple of years, have a couple of years under their belt in the n b A.
That team can compete with a lot of different teams, and that team could become a championship Canton tender quite a few years in a row because everyone on that team is still young.
Paul is only 20 in his 20 mid twenties, 25 Collins is still young.
Um Young is only like 2120 years old.
Reddish is only step 20 years old.
Hunters only like 2122 shooters only, like 22.
So this team is, I could is very well set up for the future, even though it doesn't seem maybe like it.
They have a lot.
They still have quite a bit.
They have a bit of picks, and this team could really be good in the future if they can.
Just if they really got.
If they stick with everyone and let them achieve their potential.
And that's one of the key things you have to stick with the team.
Gotta stick with the coaching staff, gotta stick with the players, and if you really want to do this, it might take a couple of years.
But it is definitely possible.
And although it doesn't seem like that now, it is definitely possible with the amount of talent and potential on this team.
They're just not playing well right now because everyone is still young.
A very young team, no really.
Veterans Capella.
He's played quite a few years in the n B a.
Now he might be able to help them, but really, this could happen.
It seems far fetched, but it could happen, and I'm not saying it will happen.
But as you see in the bottom, it says how the Hawks could be championship contender.
That's the end of this episode of the Karen Karen Show.
Make sure you follow tune in or other episodes.
Follower Channel fall on my personal account.
Kieren go climb from a possible partners personal account vitality.
If you weren't in tuned in for the whole video, make sure you re watch it.
And yeah, this is possible.
Even though some of you might not think so.
This the Hawks becoming a championship tongue daughter could be in the future.
You guys next time on the show
hideShow MoreupShow Less

8:09
60D ago
play_arrow
fav_emptyfav_filled
@Honeybun• FOLLOW • Talking about the NBA

22:58
61D ago
play_arrow
fav_emptyfav_filled
@Honeybun• FOLLOW • Talking about the NBA

3:01
69D ago
play_arrow
fav_emptyfav_filled
@Honeybun• FOLLOW • Talking about the NBA

2:18
75D ago
play_arrow
fav_emptyfav_filled
@Honeybun• FOLLOW • Talking about the NBA 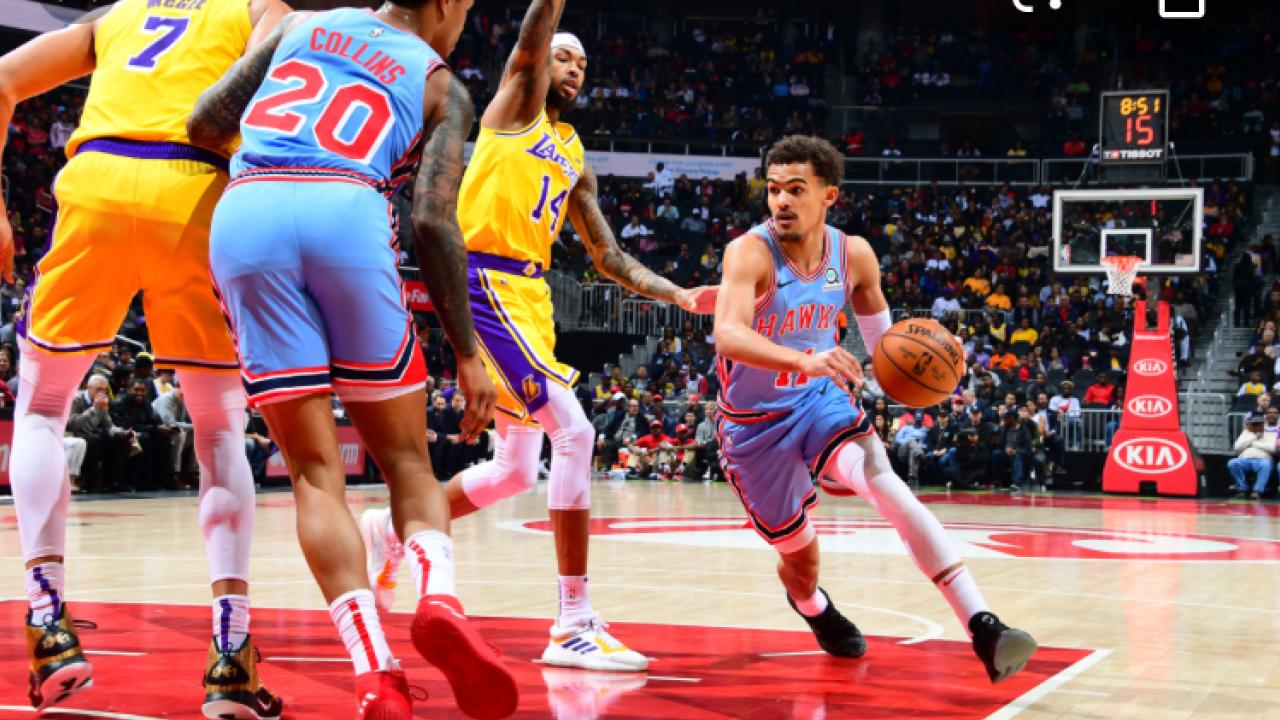