Your donation has been sent to @OneGiantPodcast Ok, understood

Send a donation to this creator using your credit card.

The guys are back talking New York Giants Football. Kevin Zeitler is gone after the Giants could not restructure or trade him. Dave Gettleman says restructuring and "kicking the can down the road" is bad, as rumors swirl they are trying to restructure and kick the Nate Solder contract down the road.
Adam also gets excited about clearing cap and thorn-in-his-side Evan Engram in a possible trade with the Patriots for N'Keal Harry.
Lastly, a sentiment around Dalvin Tomlinson and why the Giants should still do everything possible to retain the 27 year old homegrown DT.

Other Episodes back continue View All

How Kenny Golladay, Sterling Shepard and Kadarius Toney stack up among the NFC East WRs

The PICK is in: Welcome WR Kadarius Toney! 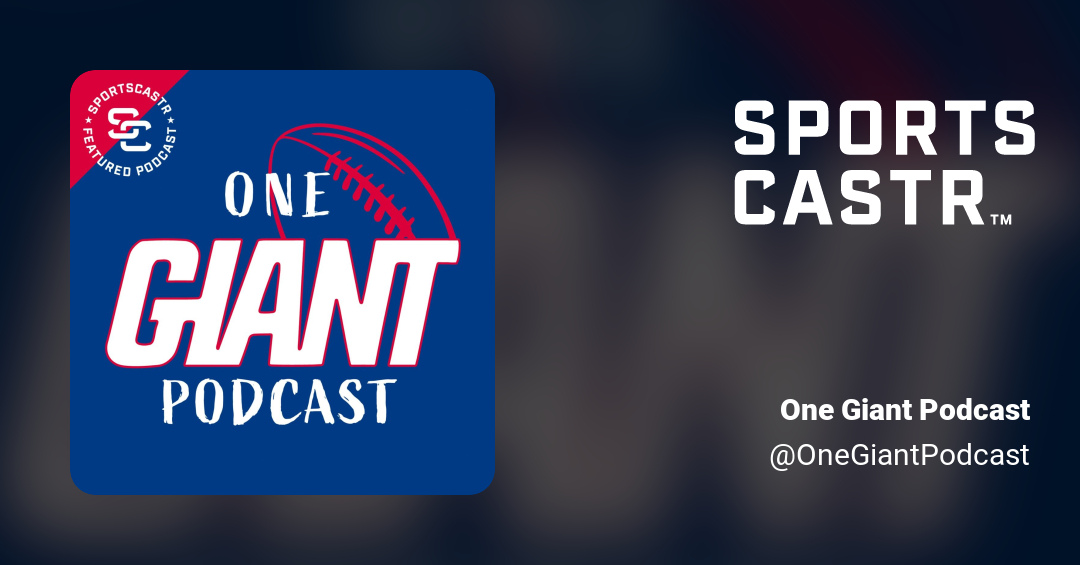